The "Imperio" pastry shop was born in 1860 by Donato Imperio, as evidenced by the stone base of an ancient mortar, still present in the historic pastry shops, bearing the engraving "D.I.A.D. 1860" (Donato Imperio in the year of Lord 1860) Initially in the shop, defined as a “spezieria”, syrups, rosoli, candied fruit and spiced sweets are prepared.

The "Imperio" pastry shop was founded in 1860 by Donato Imperio, as evidenced by the stone base of an ancient mortar, still present in the historic pastry shops, bearing the engraving "D.I.A.D. 1860" (Donato Imperio in the year of Lord 1860).

Initially in the shop, called "spezieria", syrups, rosoli, candied fruit and spiced sweets are prepared. Donato Imperio is, in fact, a "manual apothecary", an intermediate figure between the pharmacist and the apothecary, specialized in the preparation of infusions and simple drugs, as documented by the inclusion in the list of merchants who were subject to control by public officials in 1864 by Donato Imperio indicated as "Speziale Manual" in the then Commune of Market. Among the various documents of the time is also the inscription of Imperio Donato, shopkeeper, in the Chamber Electoral Lists of 1898.

In the early 1900s the business was inherited by his son Cesare, who increased the processing of dry sweets and syrups, later enriching it with numerous sweets typical of the Neapolitan tradition thanks to the fundamental contribution of the master pastry chef "Don Gabriele", who had previously worked at important and historic pastry shops of the Neapolitan city and of whose art an ancient recipe book written by his hand still remains today. This is a particular and difficult historical period. Italy has not yet overcome and repaired the consequences of the Great War which is already entering another deadly world conflict: the pastry shop then acts as a "living room" of the town, where mayors (Ettore Imperio, mayor of the market to whom the square is dedicated to the historic Palazzo Vanvitelli, seat of the Town Hall, he was the brother of Cesare), pharmacists, doctors and lawyers gather to discuss the most disparate issues. They are also years of poverty and many young people are busy "learning the trade". The pastry shop welcomes many workers, teaching them the confectionery processing techniques or more simply employing them as apprentices at buffets and wedding receptions that at the time took place in homes and were completely based on sweets.

In 1950 Giovanni Pierri, who has worked in this pastry shop since he was a boy, took over the business from Cesare. He continues the confectionery tradition in the local historian, preserving the knowledge acquired over the years under the direction of the owner Cesare Imperio and the pastry chef Don Gabriele.

During 1993, his daughter Anna took over from her father Giovanni in the confectionery business, continuing to focus on the craftsmanship of sweets, offered to customers who, from father to son, continue to recognize the "Imperio" pastry shop as a point of reference of local history and a unique place, where, images, smells and flavors, relive the pleasant memories of childhood.

On March 17, 2011, during the celebrations of the 150th Anniversary of the Unification of Italy, the Municipality of Mercato S. Severino attributes a public recognition plaque to the historic pastry shop with the inscription: "To the Imperio pastry shop born even before the United Italy and in It has always been the guardian of the best confectionery tradition of the city. On the 150th anniversary of the foundation of the Italian State "

The local historian still maintains the internal wooden furnishings with frontispieces, columns, small drawers where spices and sugared almonds were once stored. Even the external showcase in walnut wood and the plaster sign with two large medallions surrounded by bay leaves have remained those of the time.

In 2016, Pasticceria IMPERIO carries out conservative restyling of its premises, in order to continue a tradition of authenticity and craftsmanship that has been going on for 159 years. 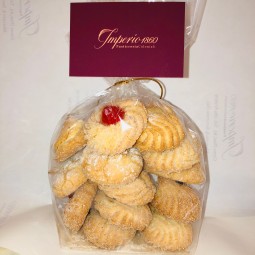 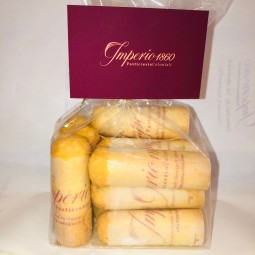 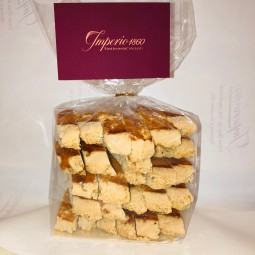 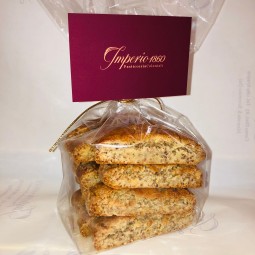 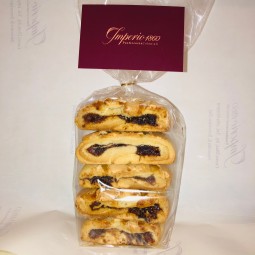