The Municipality of Furore, in addition to being part of the UNESCO World Heritage as well as the entire Amalfi Coast, is also part of the "Club of the most beautiful villages in Italy": a private association created to enhance the heritage of history, art, environment, culture and traditions of the small member municipalities. For the morphology of the territory, Furore can be defined "The country that does not exist" because, unlike the other Municipalities of the Amalfi Coast, there is no real inhabited center but only many houses scattered throughout the territory and hidden among the rocks of the Lattari Mountains. 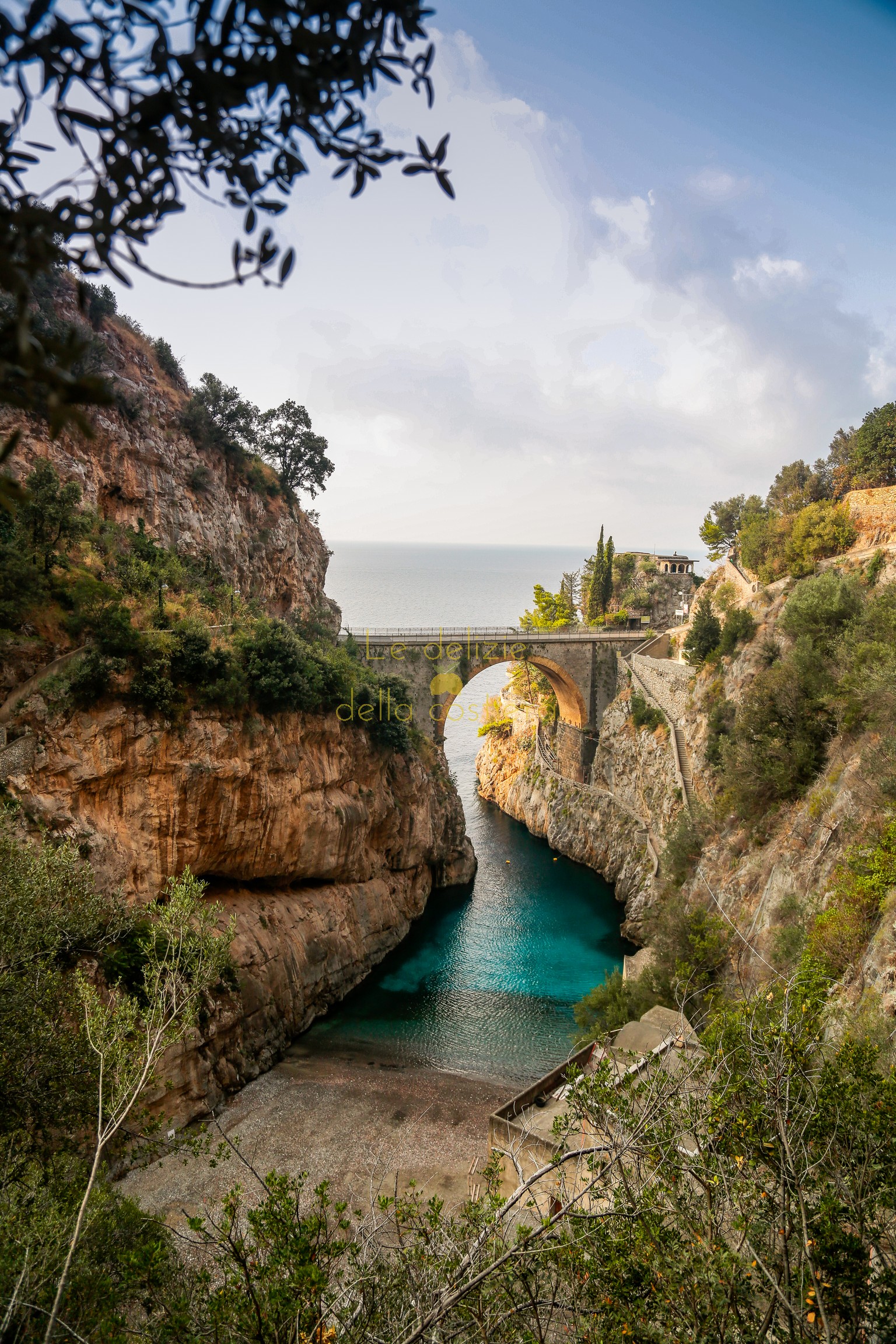 Morphologically Furore can be divided into two parts:

-        the "marine area" which includes the famous "Fiordo di Furore" where the coast has a wonderful inlet partly bathed by the sea;

Tourists who visit Furore from the sea can notice a country with a unique panorama because, besides at the fjord that appears between the coast, they can observe how the rugged rocks overhanging the sea and from which it was not possible to obtain the terraces are covered by the typical vegetation of the Mediterranean scrub. Finally, if you also add the sound of the waves of the clear and crystalline sea that crash on the overhanging coasts of Furore, you can find a truly unique and relaxing atmosphere.

If you take the A3 Napoli-Salerno motorway, it is preferable to reach Furore by exiting at the Castellammare di Stabia tollbooth and taking the Strada Statale 366 Agerolina. A face arrived in Agerola, to the upper part of Furore you arrive after a few kilometers while if you want to reach the marine part and admire the wonderful Fjord, you must reach the Strada Statale 163 Amalfitana and continue towards Positano. If, on the other hand, you prefer to reach the lower part first, always from the Castellammare di Stabia tollbooth just take the Strada Statale 145 Sorrentina and pass Positano.

From Vietri sul Mare you can follow along the National Road 163 and Amalfi, after reaching Amalfi:

·       if you want to admire the Fjord, you must always proceed on the same SS towards Positano;

The unique and mild climate of Furore that derives from the optimal combination of the influence of the sea, the heat of the sun and the richness of the terraces, allows the cultivation of fine types of grapes such as “Biancollella”, “Falanghina”, “Aglianico” and "Piedirosso” from which excellent “White and Red Furore DOC” wines are obtained. For the goodness of the wines that are produced, Furore has joined the City of Wine Association.

On the terraces, in addition to the lemons, the are grown, “Piennolo cherry tomatoes”.

Another typical dish is the "Caponata": the "freselle" biscuit is wet and then seasoned with Piennolo tomatoes, various vegetables in oil such as aubergines and extra-virgin olive oil.

Furore was founded by the Romans and subsequently the territory became an integral part of the Duchy of Amalfi. At the time of the Maritime Republic of Amalfi, the goods arrived by sea on the beach of the fjord and then were transported to the upper part of the country through steep stairways. Precisely for the morphological conformation characterized by rather impervious hills on which there are no squares and flat areas and which could have seemed a disadvantage, in reality at the time of the pirate invasions it was considered a strength for the few inhabitants of Furore because the houses were almost invisible to those who came from the sea. The name Furore probably derives from the noise generated by the waves of the stormy sea when they crashed in the Fjord and on the rocks overlooking the coast. It is also claimed that some people were sent into exile from the city of Amalfi because they were unwanted and forced to live on the rough hills of Furore.

There is not a lot of historical information about Furore and only with the Carolino Land Registry of 1752 it was learned that the population of Furore had 779 inhabitants and with few arable land: the few inhabitants dedicated themselves to sheep farming and crafts.

The real wealth of Furore was the Fjord with its internal beach: it represented the natural port where many commercial traffic took place. Given the conformation of the Fjord and the Schiatro stream that descends from the Lattari Mountains and flows into the Fjord, the ancients built paper mills and mills within the valley to take advantage of the power of the water. The activities of the production of paper, macaroni and wheat milling were the most important industrial activities of Furore. Currently the streets of Furore have the name of some of the families that have been the most important of Furore such as: Li Summonti, Le Porpore, Li Cuomi and Li Candidi.

From 20 July 2019 the writer Luciano De Crescenzo is buried at the Cemetery of Furore who, despite being Neapolitan, had expressed his will to be buried at the Municipality of the Amalfi Coast.

The territory of Furore is rather impervious but there is no shortage of natural and artistic beauties to visit. For trekking lovers and always for the particular morphology of the area, Furore offers several paths to follow.

The main wonders are:

-the Fjord of Furore;

-the Church of San Giacomo: it is the oldest church in the fjord and is made up of three naves. Inside it preserves very ancient frescoes;

-the Church of San Michele Arcangelo: it was founded between the thirteenth and fourteenth centuries and is made up of three naves divided by pointed arches with columns without base and conical marble capitals;

-the Church of Sant'Elia: it is rather small but it is possible to admire the wooden triptych of 1492 depicting the Madonna and Child Jesus and the Saints Bartolomeo Apostolo and Elia Profeta.

The paths to discover are:

-The Abu Tabela path: it is a path that starts from the Pino area and reaches San Lazzaro di Agerola and lasts about 50 minutes;

-The path of crow's nests: it is a path that starts from Centena and arrives in Bomerano di Agerola and lasts about 70 minutes;

-The Agave path in bloom: it is a path that starts from Punta Sant'Elia and arrives in Marina di Praia and lasts about 90 minutes: along the way you cross the "love walk";

-Path of the Fishing Fox: it is a path that starts from the Church of Sant'Elia and reaches the Fjord of Furore and lasts about 40 minutes;

-The Path of Crazy Bats: it is a path that starts from the Fjord and reaches Punta Tavola di Conca dei Marini and lasts about 30 minutes;

-The Blackbeard Path: it is a path that starts from Vigne and reaches Moresca passing through the via Piane and lasts about 70 minutes.

The Fjord of Furore 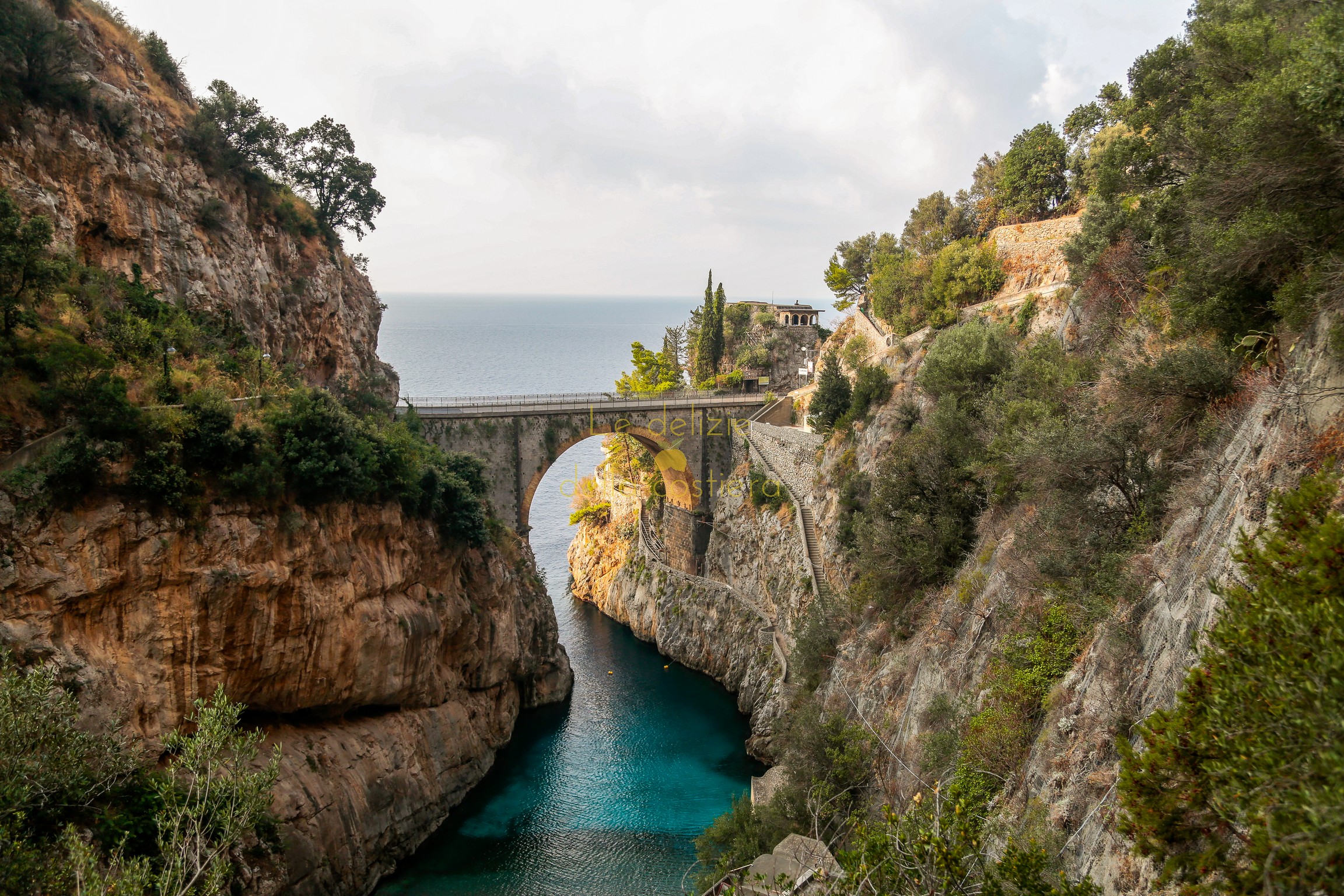 Furore is mainly known for its wonderful fjord although in reality it is a Rìa, that is a long and narrow inlet in the coastal rock partially invaded by the sea and with a very characteristic beach: a unique mix of jagged rocks overlooking the sea and the crystal clear waters of the sea.

In the past, the waters of the Schiato stream (now dried up) which originated from the mountains of Agerola, formed a valley that today ends with a small beach always inside the Rìa and always crowded with numerous bathers.

The Fjord can be admired from the sea or from the Strada Statale 163 which goes beyond the Fjord thanks to a bridge of about 30 meters high. For the magnificence of the place, every year in summer from the bridge and from the remarkable height the world diving championship is held in which athletes from all over the world participate.

Among the many admirers of the Furore fjord are the director Roberto Rossellini and Anna Magnani to whom a small museum is dedicated just near the fjord and the poet Alfonso Gatto who dedicated a poem to him. In 1948 the famous actress Anna Magnani and the director Roberto Rossellini filmed the second episode of the film "Amore" conceived by Federico Fellini in the fjord: at the time Magnani and Rossellini lived a love relationship even in real life and for this reason the fjord Furore, in addition to being of a unique beauty, is also the symbol of that story of love and passion.

In the internal part of the fjord you can also visit 2 ancient structures:

-the drying rack, used by the paper mill to dry the sheets of paper obtained from the fabric fibers;

-Calcara, where the stones used for local construction were worked.

From the beach of the fjord begins the "Path of the crazy bats" which reaches the Punta Tavola of Conca dei Marini and is a path that lasts about 30 minutes immersed in the Mediterranean scrub.